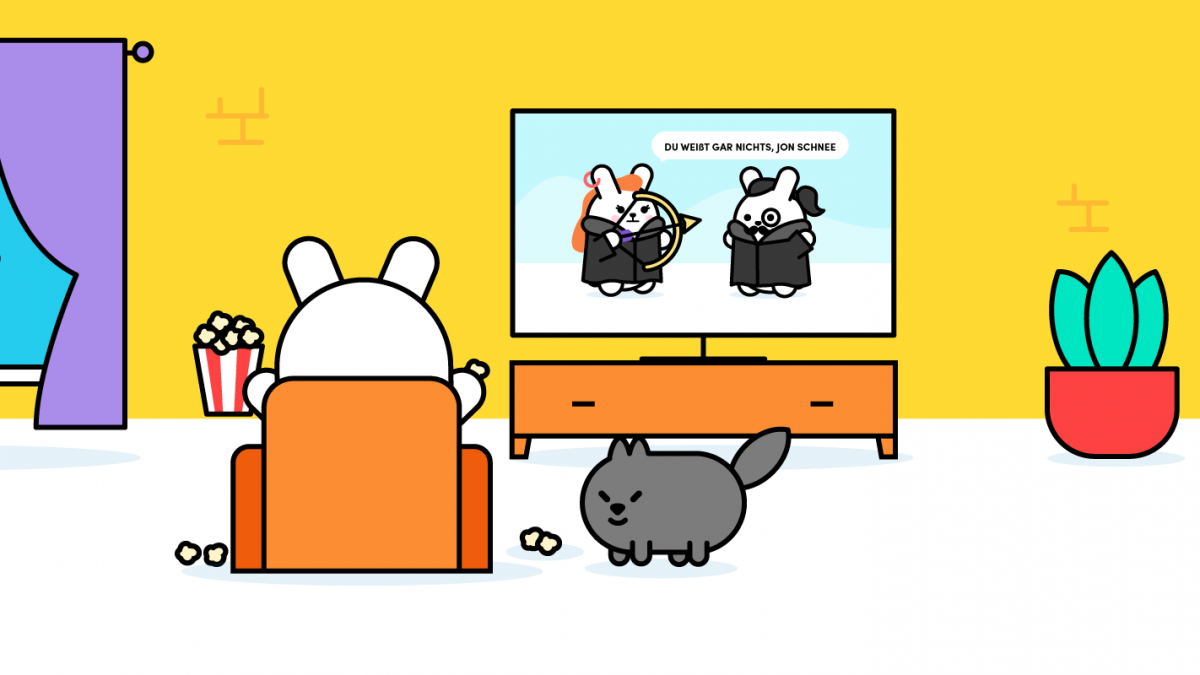 Learning a language is all about getting enough input in that language so that you are eventually able to produce some output of your own – just like children do! When you are a child you are surrounded by constant inputs and that’s why you learn. You can’t get away from them – you have no say in where you are or what you do – and you begin soaking them up like a sponge. Trying to replicate this as an adult involves deliberately exposing yourself to as many inputs as you can manage.

Besides learning German in a structured way using the latest pedagogical methods, you should practise your comprehension skills, and you can do this in a variety of ways such as listening to the radio, to podcasts or maybe to audio books. If you are a complete beginner, some of these are even available in the form of self contained courses that are great by themselves or as a complement to any language learning approach.

Today though, we are going to talk about the queen of media, television.

It has never been easier to watch TV. And this also applies to German TV, of course. It used to be the case that if you wanted to watch a show, you had to have a TV and a schedule that meant that you were free to sit in front of it at a certain time that was decided by the networks. Most, if not all, TV networks have had to adapt to the changing demands of viewers though, and smart television sets and mobile and computer apps mean that they can no longer tie you down to a certain time slot or even a location. No matter where you live, you can watch German shows at any time and use them to improve your German language skills.

Thanks to on demand content in streaming services like Netflix, Amazon Prime, Hulu or Sky and treasure troves such as YouTube, there is also more content than ever to keep you entertained! You can watch your favourite shows on your TV in the “classic” way, sitting at home on your couch, but you can also watch them on your phone or a tablet on the go, or from pretty much anywhere (as long as its relatively dry).

A problem with watching TV, however, is that it’s usually not the most productive of activities, and some people have reservations about it because of this. Whereas if you are listening to the radio or to a podcast you can be doing something else at the same time, watching a show often means that you are sitting down somewhere, whiling away time. It is also all too easy to find yourself binge watching a show that was “suggested” to you by your app or service of choice and neglecting other things that you should really be doing!

To ease your conscience a little bit by turning watching TV shows into a productive activity, here’s a suggestion: watch them in German! At least you’ll be learning something while you do it, even if you might not realise it as you are doing it. If you feel a little overwhelmed at first, don’t be shy about turning on the subtitles, but try to keep them in German as well rather than look for a translation. Remember that real life has no subtitles! Even if you don’t quite understand every single word that is said, it is important for you to get used to the language and acquire a contextual feel for the language, where you can guess what words mean from the words around them in a way that’s intuitive.

But where should you start? What can you watch? Well you’re going to be kind of spoilt for choice. On the one hand, there are a lot of TV shows and movies that are produced in German, and on the other, a LOT of content from abroad is dubbed as well.

Get in Touch With Your Inner Child

A good place to begin is with shows that are easy because they are meant for children. The ideal choice depends on your taste, of course. You should enjoy watching whatever it is that you are watching after all!

If you have young children around the house, you could start by watching shows such as Peppa Wutz or Sesamstrasse (no prizes for guessing what they are!).

A fun fact about Sesamstraße is that it is not actually a dubbed Sesame Street as you might expect, but rather a German version of the American long time favourite. Sesamstraße has changed a lot since it first aired in West Germany in 1973, and its biggest difference in its current version compared to the American original is the presence of Samson, a big brown bear, instead of Big Bird (although Big Bird was originally in the German version as well, and made some cameo appearances now and again, calling himself Bibo).

Both Peppa Wutz and Sesamstraße air daily on German Television. Peppa is also on Netflix, and you can watch both of them on YouTube as well.

Another couple of options if you want to watch real German children’s TV are Wickie und die starken Männer, which you might know as Vicky the Viking, and what is arguably the most iconic German children’s show,  Die Sendung mit der Maus (the Show with the Mouse). Running since 1971, this has been praised as the “school of the nation” for the way that it conveys information for children but is probably going to be something you might want to watch once you are a little bit more confident in your German skills.

If you are a beginner, the best option to get started is probably to watch dubbed shows that you might have watched in the past and know well. Sitcoms with short, punchy lines with 20 to 30 minute long episodes are a good place to start. Getting used to a new language is tiring, so sticking to episodes that are short is a good idea to keep you fresh and relatively focused so that the words don’t completely wash over you, particularly at first. Some popular suggestions might be That 70s Show, Two and a Half Men, Friends, Seinfeld… The list could be very long here!

If you are a bit more advanced, you could also try shows with longer episodes or with more complicated or theme specific dialogues. Streaming services like Netflix, Amazon Prime, Sky or Hulu are your friend here. Possible recommendations might be Game of Thrones or Vikings, Prison Break or Lost, Grey’s Anatomy or Shameless ... think about what you enjoy and remember that the vocabulary that you are going to encounter is going to be about certain things or in certain registers.

When watching dubbed shows there are a few issues that you might encounter that you should be aware of, however.

First, you might be shocked by what McDreamy or any other character from any show sounds like at first. Bear with it though, you will get used to it quite quickly.

The dubbing itself might also be better or worse, both in terms of the coordination, and in that the way that people talk in dubbed shows is often not the most natural sounding German. In some cases, such as in Game of Thrones, for example, you are going to hear certain forms that are archaic and simply not used in modern German. Similarly, and also applicable to shows such as Game of Thrones that are set in another time (or world), some of the vocabulary used will contain many words that you are not likely to use or hear in everyday language.

If you are an advanced learner, or you simply want to take it up a notch to get used to a more natural German as it is spoken by real people, you’ve got to start going German (or Austrian or Swiss, of course). German speaking countries produce many TV shows of their own, and by watching them you will not only improve your language skills but also your cultural understanding.

Germany has a flourishing TV production industry, with a lot of content produced every year for public and private television and more recently also for Netflix and Amazon Prime. You are going to find a wide range of everything from documentaries, with more than one channel specialising in this, all the way to the local version of many of your favourite reality TV shows and some that you might not have seen before as well. Comedies, soap operas, gameshows… you name it!

Some genres that seem to be more heavily represented than elsewhere, though, are Krimis (police dramas) and various kinds of thrillers, as well as shows that have some sort of historic backdrop. If you’re feeling ambitious you can try Dogs of Berlin or Dark on Netflix, for example.

If you think that your German is really, really good, a great way of putting it to the test is to see if you can understand and grow to appreciate Tatort. Tatort is a police drama set in various cities in Germany as well as Vienna and Lucerne, switching between them with each episode taking place in one city with a set of characters, so that the German you will hear in them is that which is spoken in the region where the episode is set. Tatort is very much a cultural phenomenom in the German speaking world and it is not uncommon that it brings families or groups of friends together on Sunday evenings. It is even quite usual for Germans that are living abroad to make the time to watch it whenever they can much to the bewilderment of the uninitiated (read non-Germans) due to its combination of dialectal variations and long episodes that make it a bit of an acquired taste. 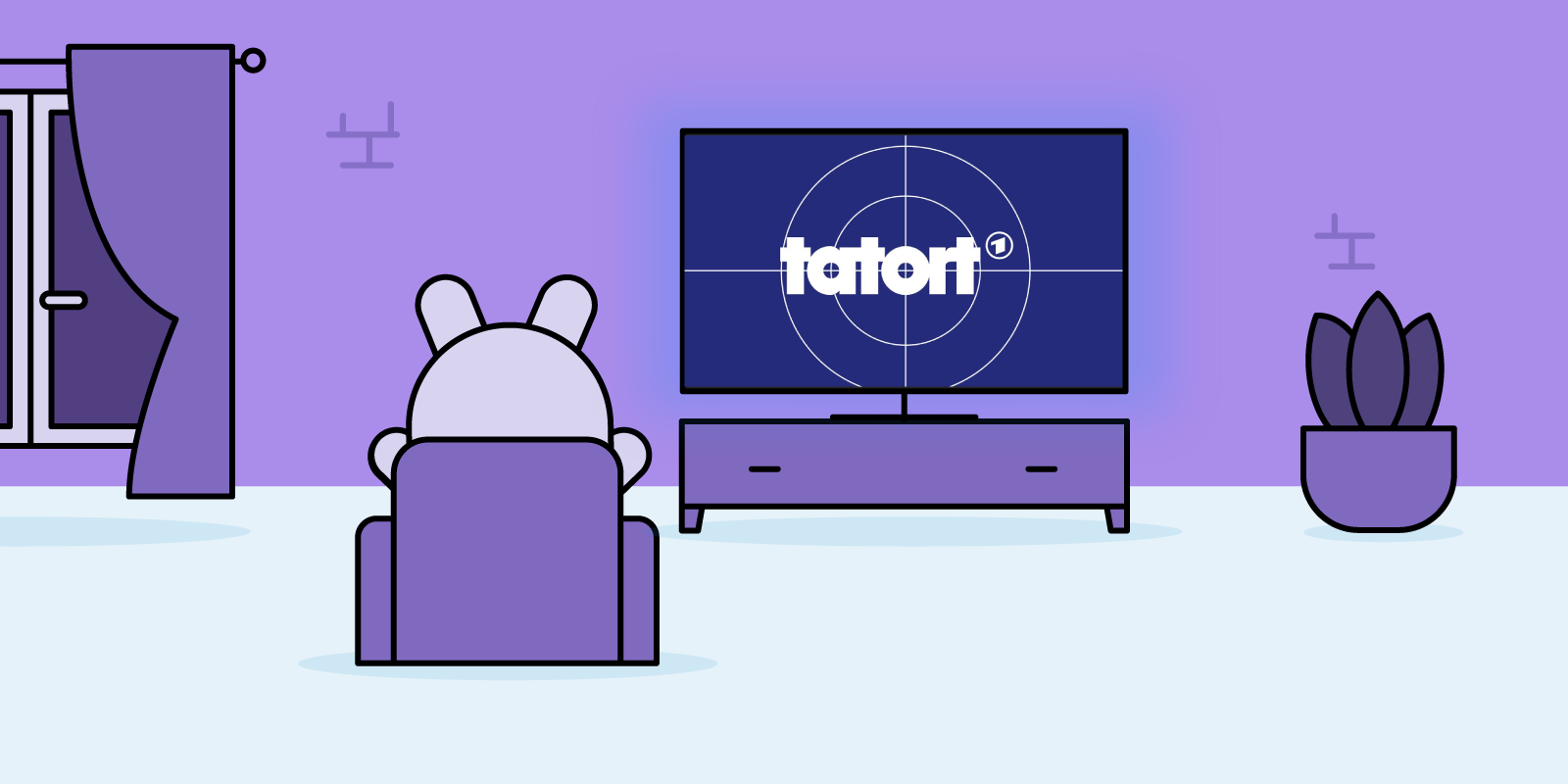 If you can follow Tatort, though, congratulations. You can safely say that you have managed to learn German. You are probably fully integrated in German society as well. If you aren’t there yet don’t worry, however. Remember that it takes time, and not everyone enjoys Krimis!

Finally, if watching even short, relatively easy shows still feels like a little two much, another good way to begin is to browse through our media selection. It’s sorted by level so you can always know where you are and progress in a less haphazard way. But don’t worry if you don’t understand everything at first. You might not notice, but you are learning! 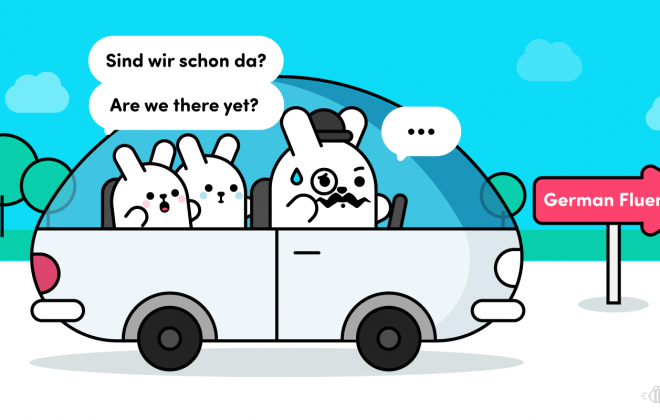 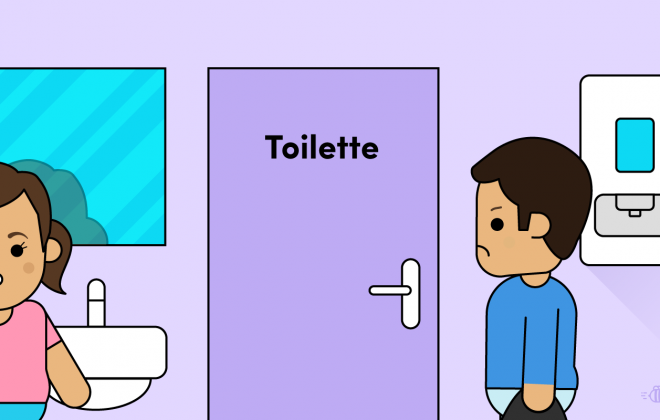