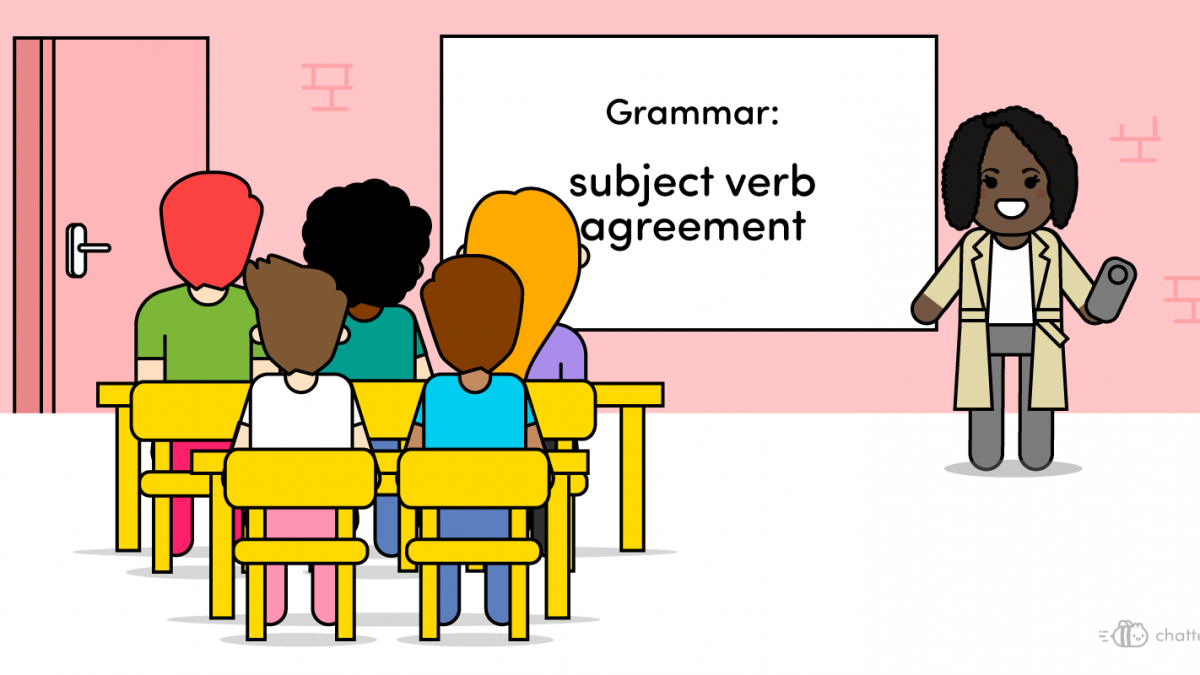 Some years ago, I was a high school English teacher in the US. One of my foremost, and most dreaded, tasks was grading the essays of my students. Before I could even begin to tackle the issues of tone, mood, diction, or logical thought in the essays, I always first had to address the glaring mistakes that made my red ink pen run dry—the grammar. And after these very frustrating grading sessions, I often had to teach grammar in the next lesson to help my students avoid making these mistakes in the future. When I would start the grammar lessons, the students would groan. They hated grammar, mostly because they didn’t understand how or why it mattered. This scenario plays out in a similar way in the foreign language classroom where teaching grammar is paramount to the curriculum. I can even recall my own days of learning Spanish in high school and being forced to conjugate verbs over and over again. Three years of high school Spanish, one year in college, and one year in graduate school and I still struggle to have a conversation in Spanish. Most people attribute this lack of speaking a language, even though you’ve studied it in school, to the emphasis on learning grammar. So what happens as a result? Well, people start hating grammar and blame it for all of their language woes.

It probably doesn’t come as a surprise that as an English teacher for both native and non-native speakers, I love learning grammar! In fact, learning the grammar is by far my favorite thing about learning a new language. However, I can spend hours upon hours learning it (and I have for Spanish, Portuguese, and now German) but never go from the learning phase to the application phase by actually, you know, speaking. This is the problem that most people have with learning grammar. It is definitely a justified annoyance because focusing on grammar tends to deemphasize the speaking, in an effort to make everything “sound right”.

What exactly is grammar?

Simply put, grammar is a set of linguistic habits that are constantly being changed and negotiated by speakers of that language. But people usually view it as weird math equations that take too much energy to figure out. Most people believe their time would be much better spent by learning vocabulary. This totally makes sense. You can’t say much if you don’t know words. But that’s a topic for a different day blog.

However, not observing these linguistic habits could have adverse implications on your intended meaning, such as saying “I go” when you mean “I went”; or saying “Ich bin heiß” instead of “Mir ist heiß”; or even a failure to use the subjunctive mood in Spanish.

The argument that I usually hear about why learning grammar isn’t so necessary is: children are fluent in their languages for years prior to learning the official grammar of that language. This is a valid point. Children are brilliant language learners who can pick up multiple languages with very little frustration or effort. They simply hear and then use it.

However, I always find it curious that people bring up children in the debate on grammar vs no grammar, mostly because children’s brains are a lot more efficient than adult brains. What I mean by that is—in the first five years of a person’s life they will experience the most brain growth than they ever will again. So it’s not a fair comparison to compare the language learning of a small child to that of an adult who has tons of other things to think about. By their very nature children are pattern-seeking individuals. So they don’t necessarily have to be taught the difference between the present simple and the past simple because their brains can pick up on these linguistic patterns. Children also have very patient listeners who will forgive their grammatical slip-ups and gently (and repeatedly) correct them.

Another criticism I have about people saying small children can speak without learning grammar is—do you really want to sound like a five-year old? Speaking like a five-year old is totally acceptable when you’re starting your language learning journey, but when you’re several years in, you want to demonstrate a more sophisticated way of speaking. Complex grammatical structures is one way we achieve this.

So, why should we learn grammar?

Well I’m glad you asked that. As frustrating as learning grammar can be, it does have its usefulness. First off, grammar creates a sort of standard way of speaking across multiple-speaking groups. Take English for example—it isn’t the most widely spoken first language, but it is the most widely-spoken second language. So with all of these people interacting from all different countries and language backgrounds, we need to have a way to understand one another. Grammar helps fill that gap.

Another reason grammar is helpful is that it increases accuracy of expression. There are times when one verb tense is more appropriate to use than others. Grammar helps us to express exactly what we mean. Consider these examples:

Sure, these two sentences are essentially saying the same thing. However the first example provides a more accurate view of Jameson’s language learning journey. While both examples are, technically, grammatically correct, the first one emphasizes the intention of the sentence better.

To be clear, I’m not advocating you memorize the grammar rules of any language you learn (unless of course you want to). In fact, most native speakers of a language don’t know the grammar rules that governs that language, even though they did learn it at some point. You learn the rules and the patterns that go along with those rules and then you, usually, discard them from your mind once you’re comfortable. Later on down the line, when someone asks you, why did you say “she goes” instead of “she go,” you’ll probably say something like “it just sounds right”.

So, how can we use and practice proper grammar without necessarily learning the rules?

In other words, much of the grammar that is used often throughout language is more formulaic than creative, so simply learning common chunks and patterns is more than sufficient.
Consider the example: “If she had studied, she would have passed the exam.” Instead of learning that this is the third conditional and logic behind using it, you can simply learn these two chunks “If…had studied” and “would have passed” and apply the structure to multiple situations.

Grammar has gotten a bad rep, but it isn’t so bad. There is a way to teach, and learn, grammar in a way that doesn’t have to feel brutal. Here, at Chatterbug, we keep all of these things in mind when designing the curriculum: we teach grammar in chunks, we provide lots of passive exposure to important language patterns, and while we provide grammar explanations for those who want them, they are not a requirement to progress in our system. If you have questions about German or Spanish grammar, then have a look at our grammar pages! 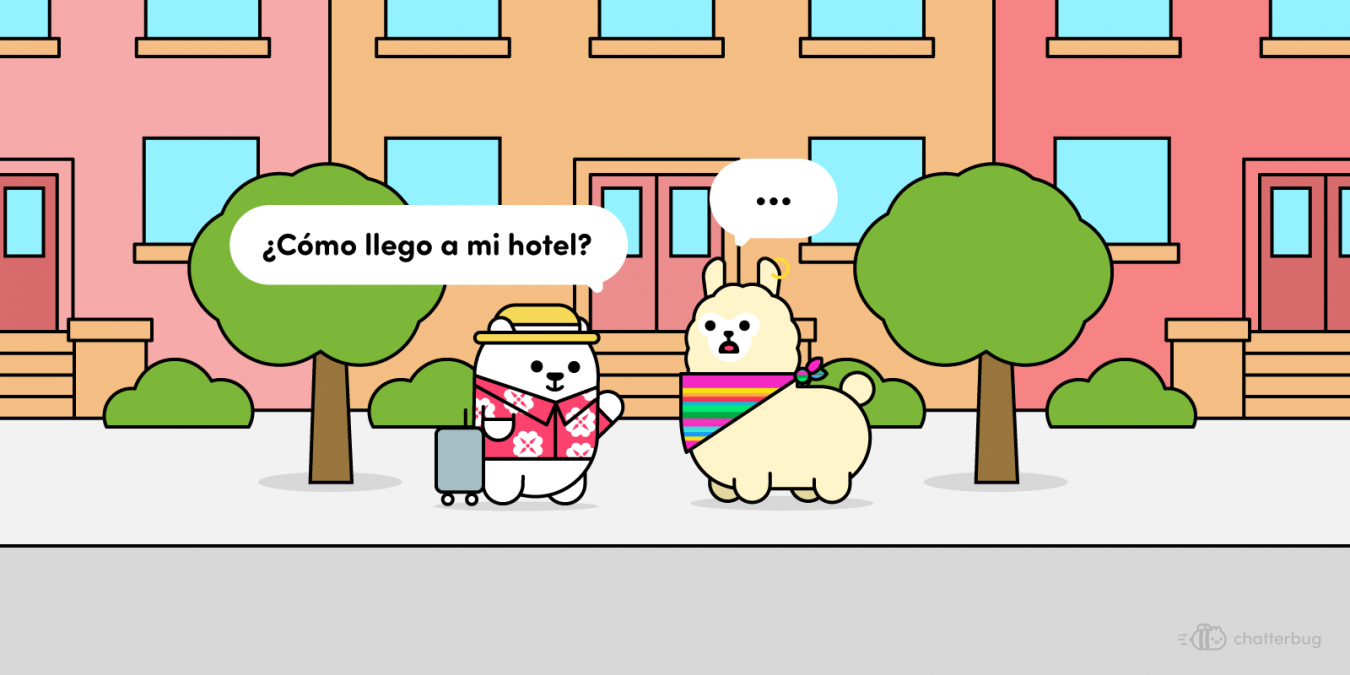 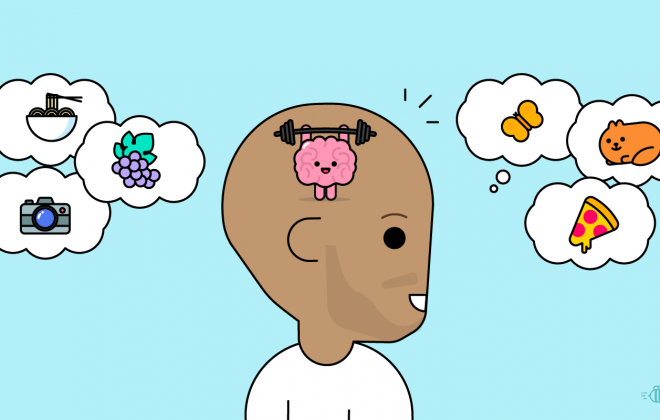