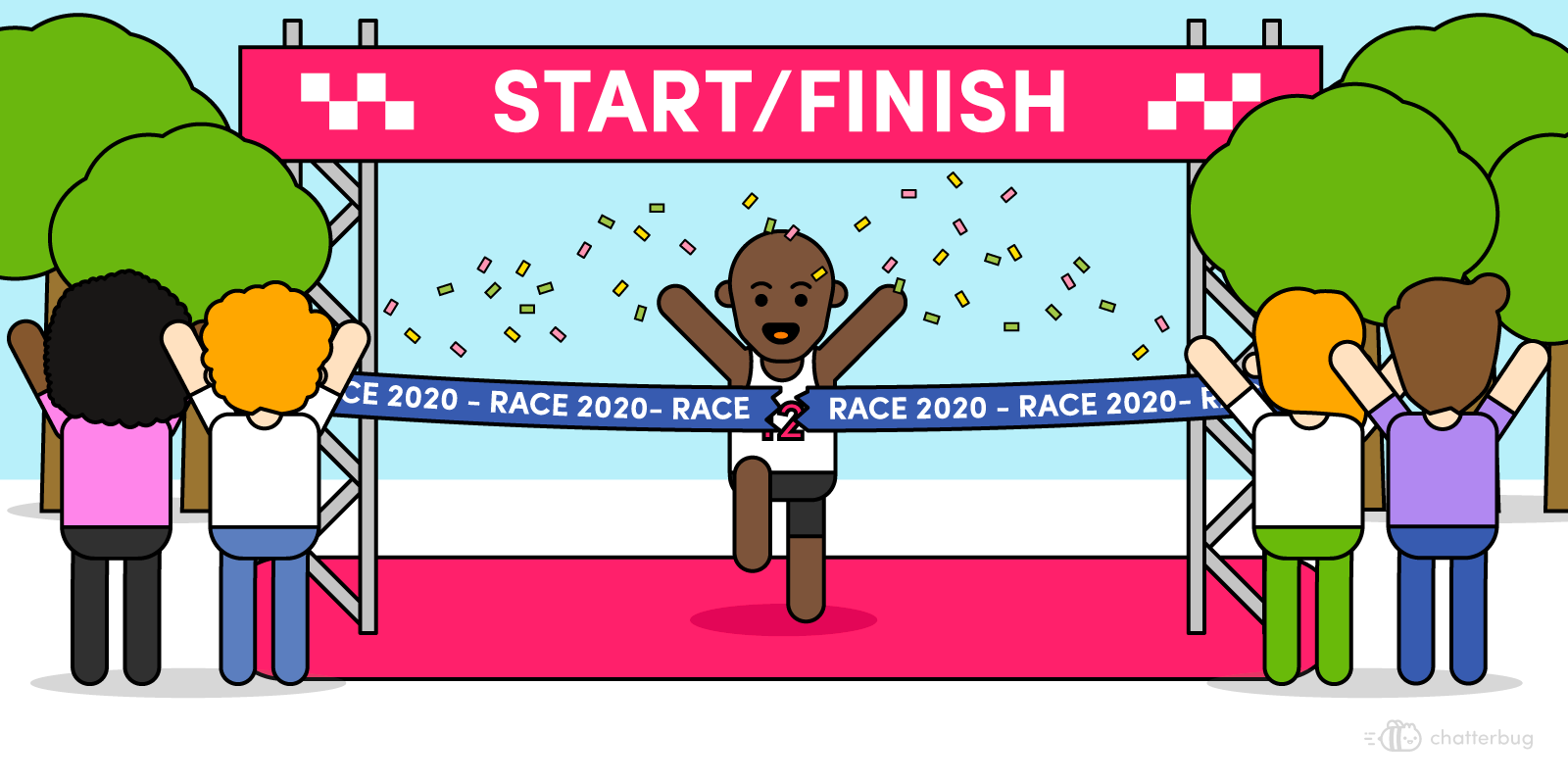 Now we’re in quarantine, I want to talk about goal-setting and goal-keeping. When, if not now, is the right time to focus on some serious personal projects?

Say you want to reach your fitness goals, be successful at work or master a language. You might assume you’re going to need the magical potion that makes all miracles happen: MOTIVATION. But is that really true? Is the intense desire to work at something a sustainable one?

Let’s assume you need to get fluent in German by the end of the year, but are really scared of the idea of having to learn a new language and, agh, you had such a bad time learning it at school. You don’t feel motivated. That’s fine! It’s OK to lack motivation sometimes. I run every Saturday morning even though I wake up feeling like drinking mimosas on the balcony. Sticking to our goals is not just a matter of motivation, it’s also about determination, commitment, and powerful habits.

This is how I know it.

In a research published by the British Journal of Health Psychology, researchers measured how frequently people exercised over a 2–week period. They randomly divided 248 participants into three groups.

Group 1: The control group
They were asked to keep track of their exercise.

Group 2: The motivation group
They were also asked to keep track of how much they exercised and to read a pamphlet on the benefits of exercise for reducing the risk of heart disease.

Group 3: The intention group
They were also asked to track their exercise and read the motivational pamphlet. In addition, they were also asked to formulate a plan for when and where they would exercise. Each participant in Group 3 had to write down their intention to exercise by completing the following statement:
During the next week, I will partake in at least 20 minutes of vigorous exercise on [DAY] at [TIME OF DAY] at/in [PLACE]. 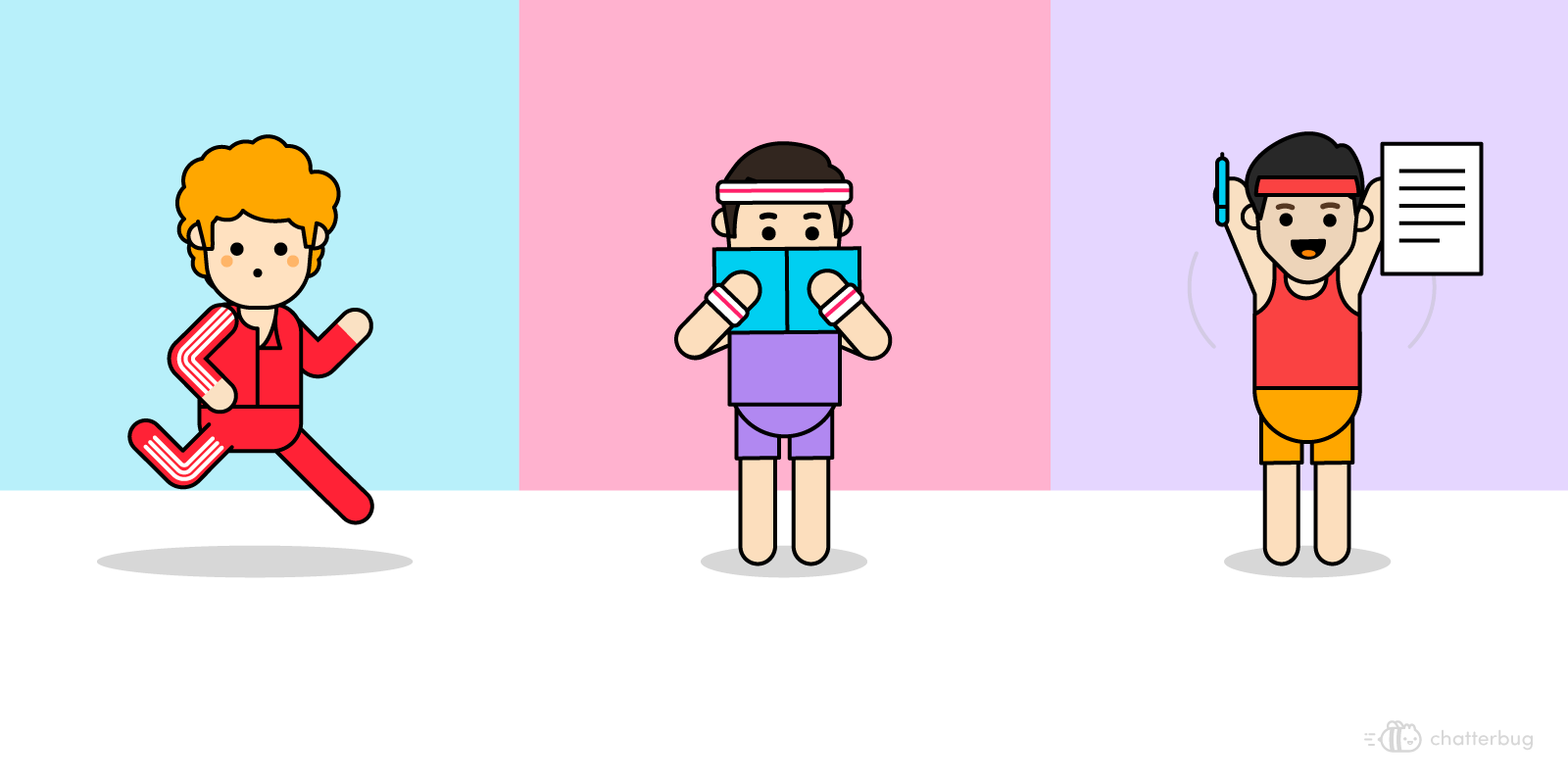 Of course one could question the value of this study by saying that maybe the motivation group wasn’t really motivated. I can see that a pamphlet is a pretty rudimentary tool to boost motivation. But rather than going down the rabbit hole in an attempt to make sense of what psychologists are still struggling to define (yes, I’m still talking about motivation), what I find extremely valuable about this research is the simple strategy used to make 91% of the participants exercise as intended. The study shows that if you make a plan to execute, you’ll most likely succeed! But, hey, we have all made plans and failed at executing them. New year’s resolutions are a classic example of how the wish to accomplish something is not sufficient enough to actually make it happen. So in order to understand how to create a strategic plan, we need to better understand the science of habits and decision-making.

Sales experts, UX designers and psychologists all know this: decisions involve emotions. We like to think that we are logical beings, that we carefully analyze the pros and cons of every option and do what’s best for us most of the time. Not so much. By looking at brain activity while making a decision, researchers could predict what choice people would make 7-10 seconds before they themselves were even aware of having made a decision. This means that even when people think they are making a conscious, logical decision, chances are that they aren’t aware that they’ve already made a decision unconsciously.
One of the regions where decision-making happens is a part of the brain called ventro-medial pre-frontal cortex, which is one of the main hubs of the Default Mode Network, a network typically activated during daydreaming, mind-wandering and generally being idle. This brain region is not only involved in reward and value processing but also in emotional regulation. This study even found that people with damage ventro-medial pre-frontal cortex can’t make decisions.
That’s it: emotions. If decisions and emotions are deeply interconnected, we pretty much understand why the snooze button was invented in the first place!

What does this all have to do with your plan-making strategies? If you fail to create a positive routine or habit, you’ll find yourself in the motivation trap. You’ll need motivation to fuel the reward areas that will decide whether you should go to class or for a beer. If you can’t find motivation, you’ll go get that beer. Cheers! Motivation isn’t a constant, it’s short-lasting which means that relying on it will not ensure consistency when trying to meet your goals.

With habits, we can circumvent the tricky decision-making part and “just do it” (See? Nike knows that). If you know your brain is going to trick you into making unwanted decisions, then just don’t put yourself in the position of having to decide again and again whether you should study or watch Netflix. With the goal in mind, commit yourself to creating the habit to achieve it. 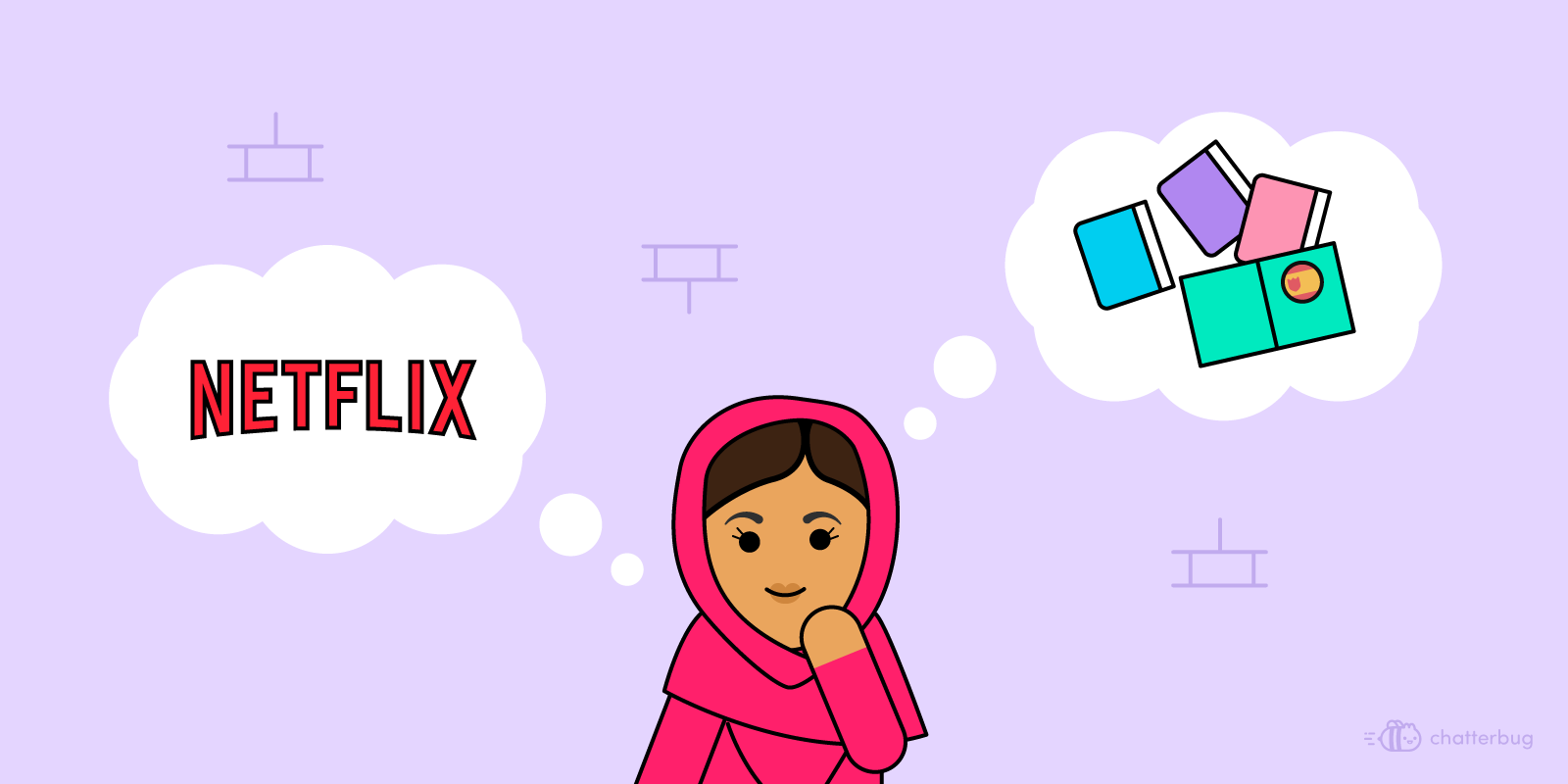 MIT researchers have extensively studied the nature of habits. Important neural activity patterns in a specific region of the brain change when habits are formed so we are able to perform actually quite complex routines without having to strategize every tiny step involved. Habits help us through the day. “The brain seems to be wired to seek some near optimality of cost and benefit,” says Ann Graybiel, an Institute Professor at MIT. 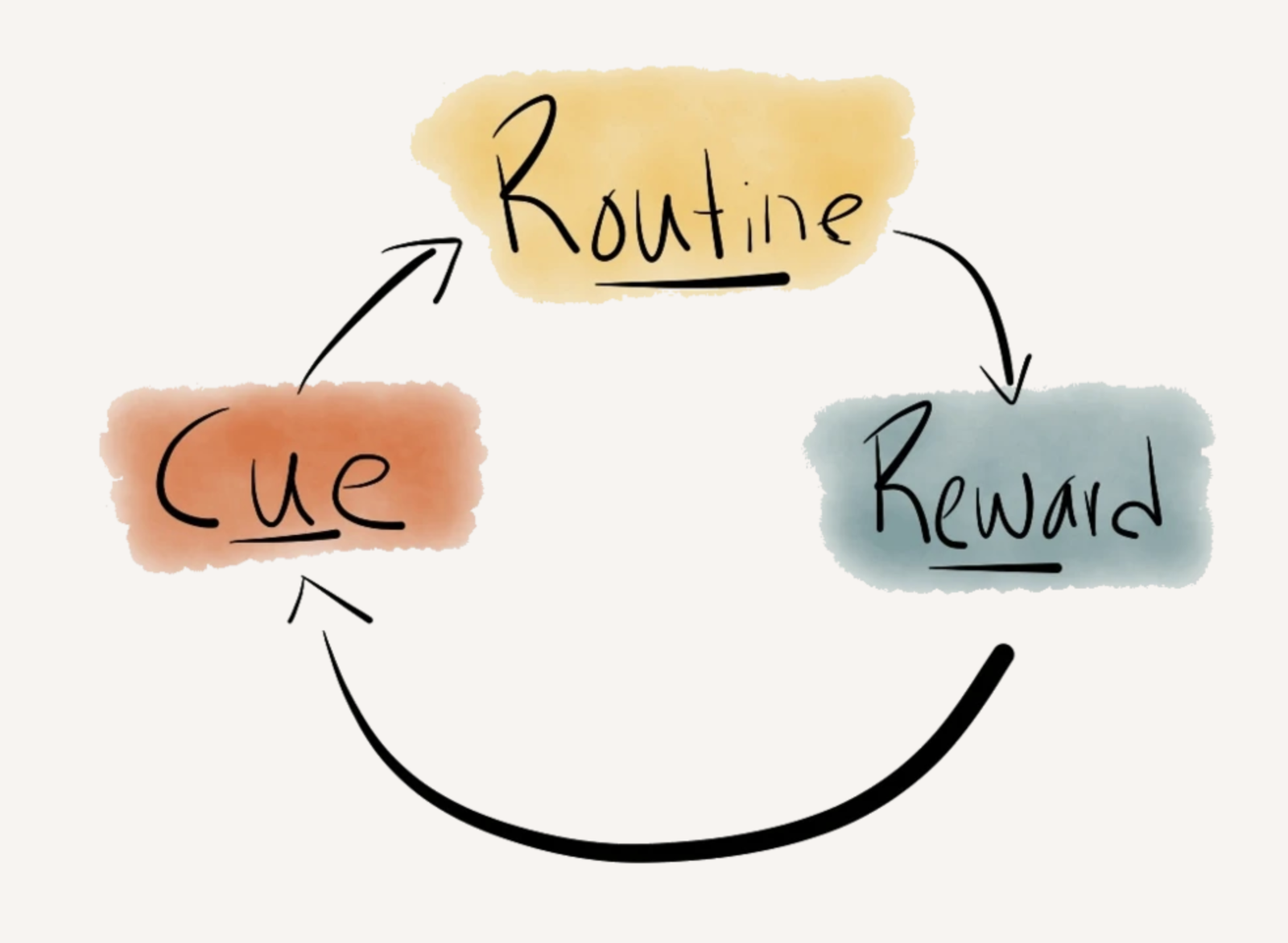 In his best-selling book, The Power of Habit, author Charles Duhigg explains a cycle called “The Habit Loop”. He says that each habit consists of:

Our behavior is largely based on neuro-associations. By creating a mental cue for habits, you are essentially creating a new neuro-association. All in all, over time, you’re making it easier for yourself to get into action. There are different types of triggers. I’m going to describe a few and give you some examples of how you could create some.

The key to choosing a successful trigger is to pick a trigger that is very specific and immediately actionable.

2. Come up with a reward

Rewards tell our brains that a behavior is worth repeating. They give positive reinforcement for the desired action, making it more likely we will return to them again in the future. The way I come up with valuable, highly personal rewards is performing the action a couple of times and observing what it is that I look forward to doing immediately after I finish. After my long Saturday runs, I noticed I was looking forward to a nice, long brunch on the balcony, so I made it a routine. While running, I sometimes start planning what I will prepare or buy in the bakery. Yup, food is the most ancient reward! What is it that you look forward to? Is it a bubble bath? A nice cup of coffee? Or posting your progress on social media? Whatever sends your brain the positive message of having done something great can work as a reward! 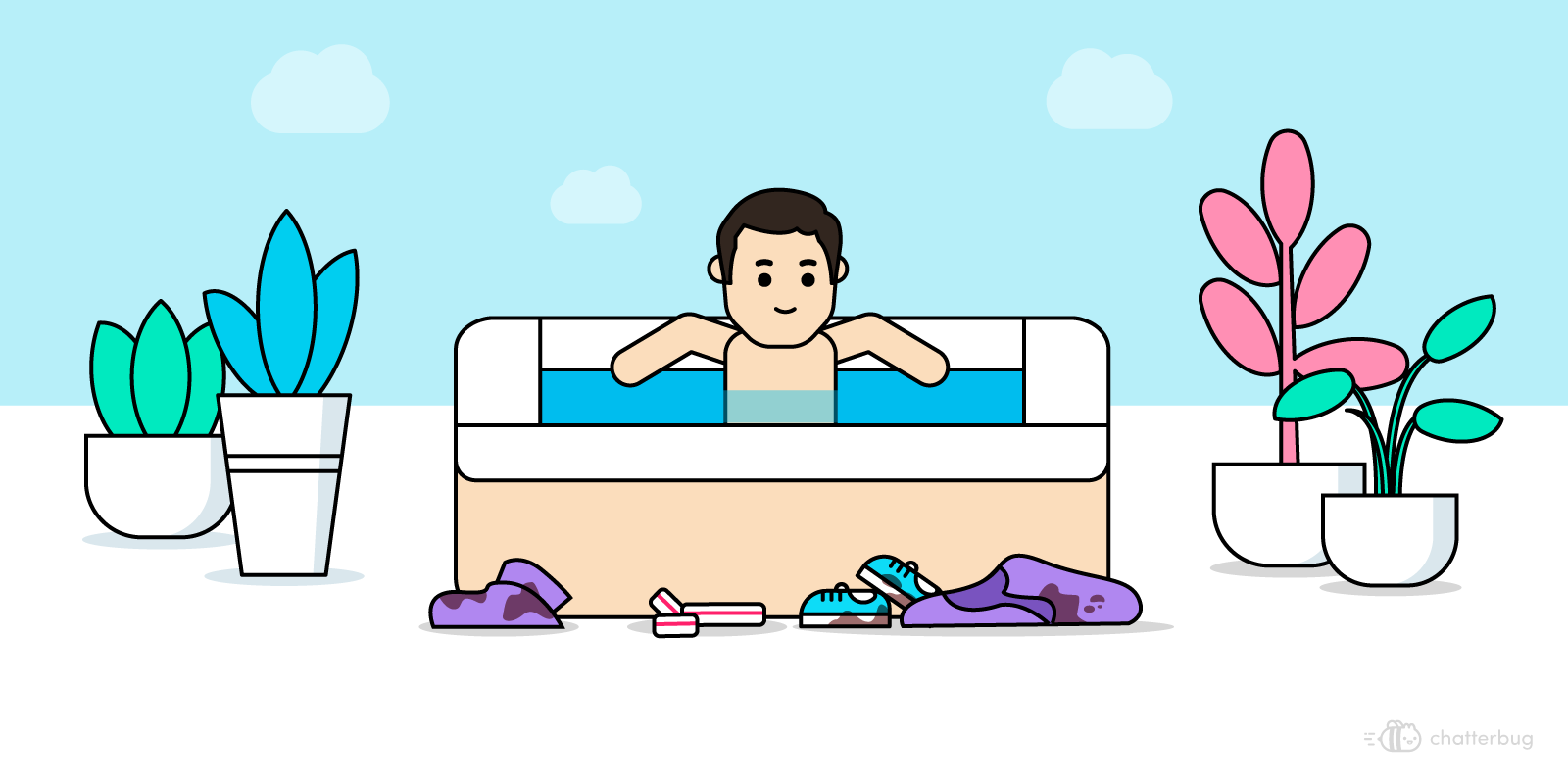 High performers don’t happen to enjoy hard work; they use motivation as the first gear to create actionable plans for their habits, not as the sustainable fuel to accomplish their goals. The good news is: there is a great sense of satisfaction boosted by the action itself once you are in the flow. It’s not all about being a mindless-habit-driven machine that does not enjoy life, but rather getting yourself into the state that will create a loop of will-power and self-accomplishment. Most people assume that relaxation makes them happy. They want to work less and spend more time in the hammock. However, studies by Mihaly Csikszentmihalyi’s (author of the book Flow State) reveal that most people have this wrong: “The best moments in our lives are not the passive, receptive, relaxing times… The best moments usually occur if a person’s body or mind is stretched to its limits in a voluntary effort to accomplish something difficult and worthwhile.”

Ready to create your masterplan?

Want to apply this to your language learning? 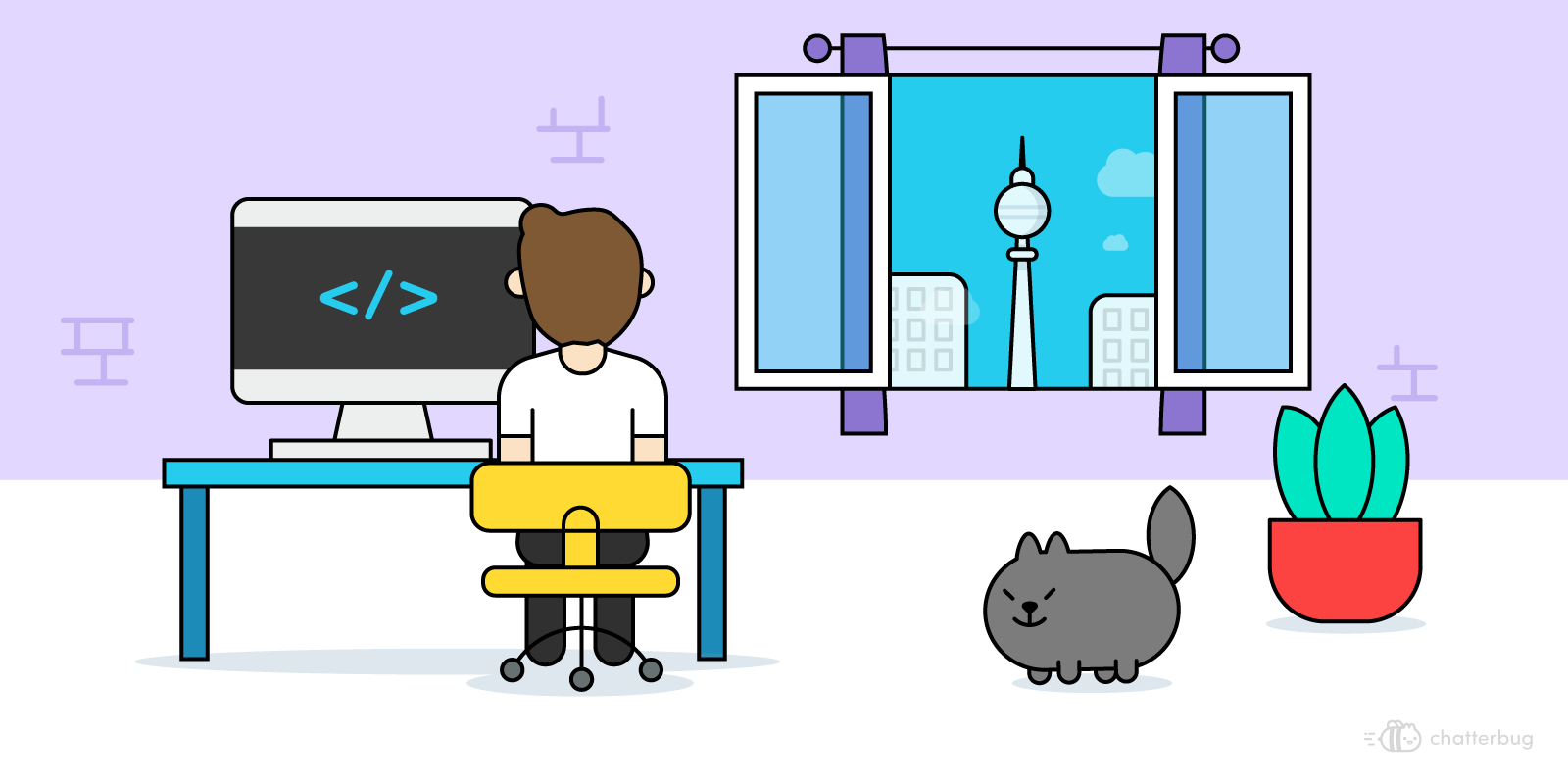 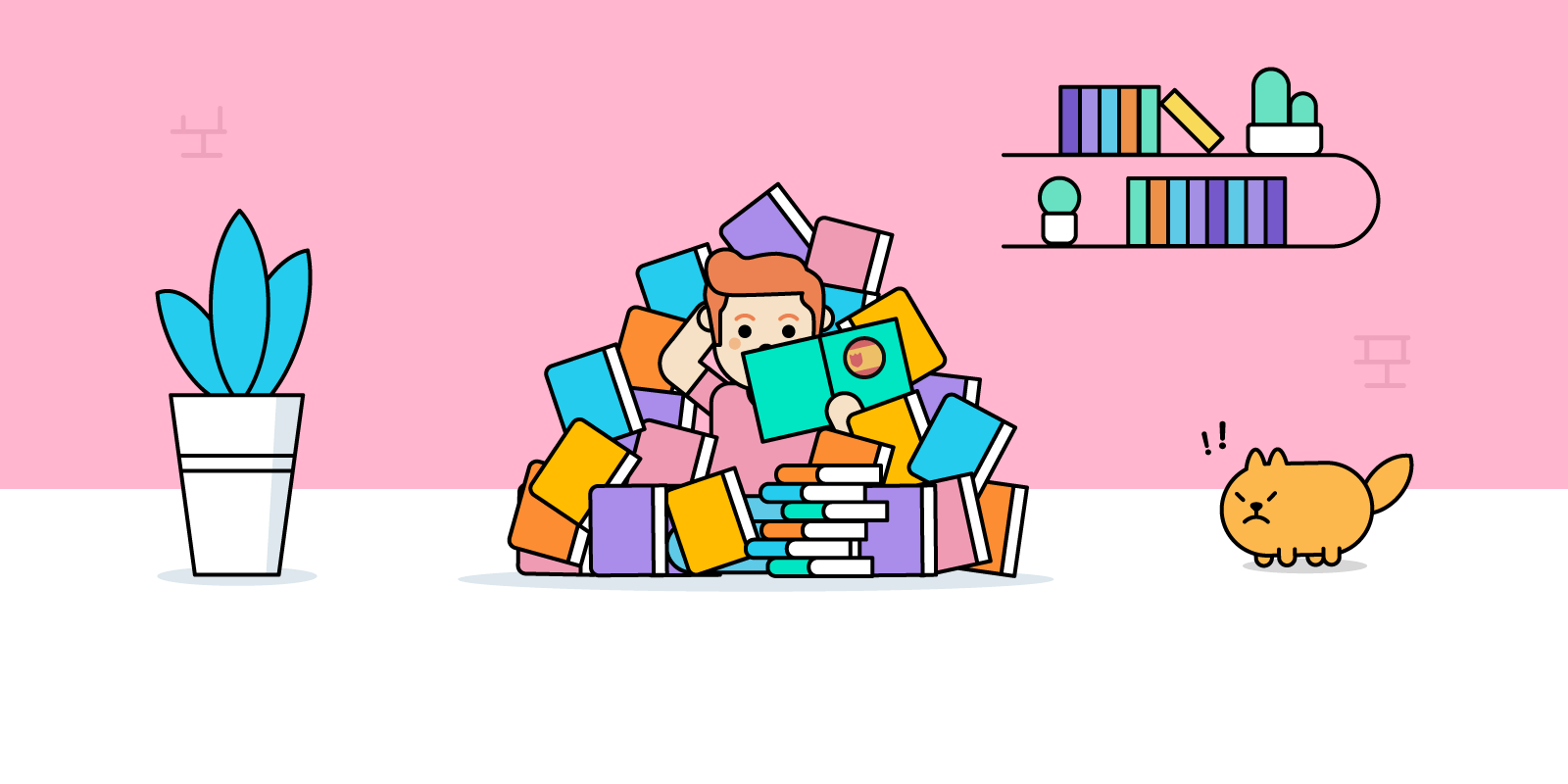 How Can You Stay Motivated When Learning a Second Language? 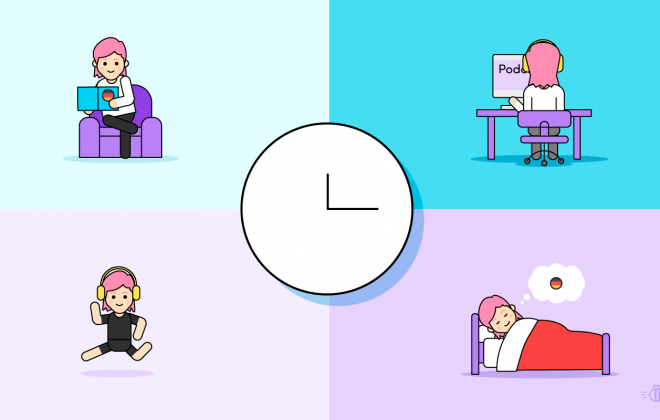 ChatterConf: Optimize your day and maximize your learning